Difference between revisions of "Shihad Film" 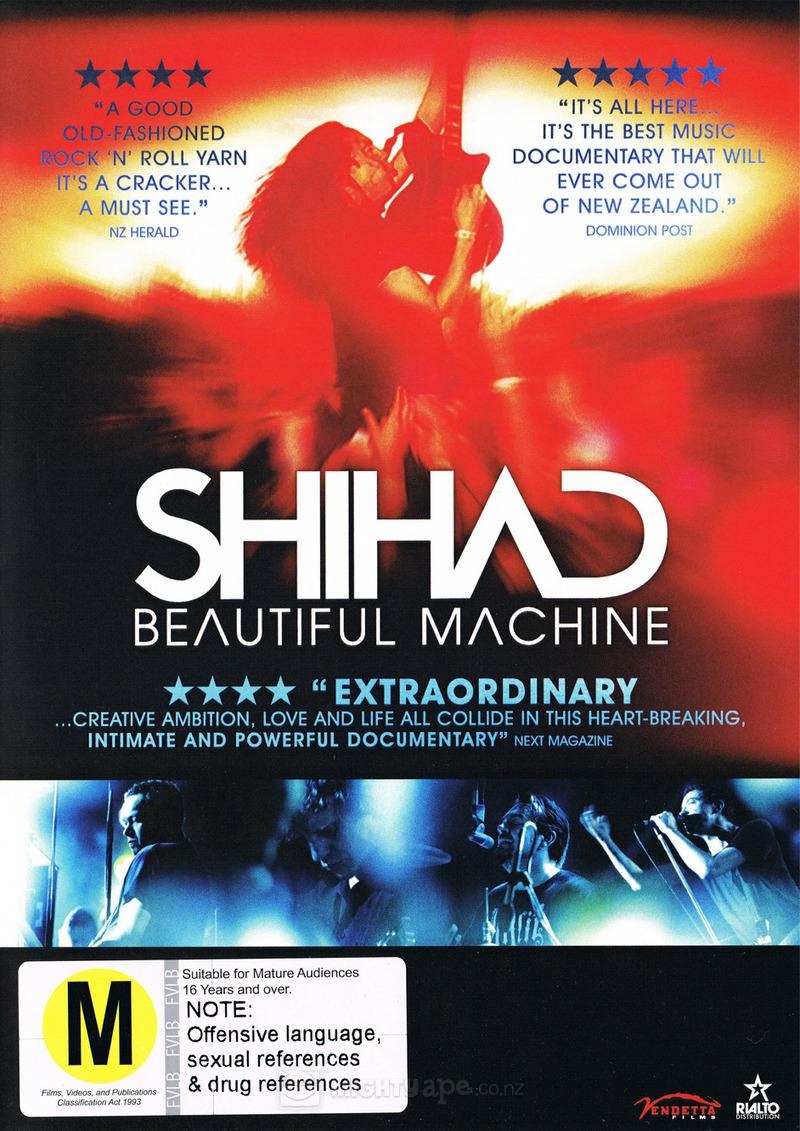 A documentary is being made about Shihad. It currently slated for a cinema release in New Zealand late 2011 or early 2012. It is being funded in part with NZ on Air and NZ Film Commission grants with funding from other parties as well. It is a documentary with some live footage spliced in but its first goal is for it to be a documentary rather than an a live DVD. (If you want to see Shihad live go and see them live, a DVD can never do them full justice.) The production team are planning for it to have something so even the hardcore Shihad fan can learn from it but also have something so you can take anyone else with you even if they are not a Shihad fan and have something for them to take from the documentary as well.

While Sam was over in Berlin for Berlinale in Feb 2011 to show off his short film Manurewa he caught up with some people from Noise Records for the documentary.

The Shihad Feature Film is going well. (Producer) David White and (Director) Sam Peacocke recently returned from shooting interviews in the U.S.A. While there, they spoke to the likes of GGGarth Richardson, Angus Vail, Roe Gallo and Doc McGhee discussing everything from the name change to what it takes to break in America. All these interviews gave some amazing insights into the band and also the America music industry as a whole.

Sam and David will be heading to Melbourne next week to spend a little more time with the band before they're back and begin heading into post production, following a few more days shoot.

Well I was lucky enough to get a sneak peak at the 2 minutes and 17 seconds of trailer for the Shihad Documentary A Beautiful Machine. Unfortunately I was never left alone long enough to slip a thumb drive in and grab a copy, so you will just have to wait another week or two and have my description of it to tide you over. Firstly is it what I expected? Well umm I really don't know thinking about it, I never actually had any expectations as I really didn't really know it would be. That said I enjoyed it and it should be a good documentary, assuming it’s not like one of those action movie trailers where all the good bits are actually in the trailer. The trailer felt like a story in its own right, all happened a bit fast to get the whole story, so here hopes that it continues through into the full documentary. From day 1 they wanted a documentary that would have something in it for the hardcore fan base and that they could leave feeling they knew something more or have a new perspective on it all and also create such a movie that you take your Mum along to, as it would have a story that she could connect with even though she has never heard one note of Shihad. Firstly during the trailer I was going ohh haven't heard that before and here hopes that is a longer piece in the movie. To cover off the could I take my Mum along question well looking at the trailer I think I could as there does seem to be an under lying story that takes the band from back in day until now and through all the highs and lows along the way. It is not a live concert video sure there are clips, but if you want to see a Shihad live go along to gig, nothing compares to Shihad live and bouncing around in the mosh pit and getting all the bumps, bruises and cracked ribs. Shihad have opened themselves up during the making of this documentary to let us inside to see what makes them tick and allow us to see the journey thus far of a little band called Shihad.

And to address the elephant in the room it does appear to cover the "P" word and some stuff that happened on 11/9.

The random thought for the trailer is: Man they looked young.

The poster is also in its last stages as well. It for some reason reminds me of the limited edition poster they had at the Aussie Killjoy/TGE gigs. Think it is the silhouettes in front and a mosh pit behind. In the movie poster it is the four of them in silhouette and a city in the background, with an orange gradient. Then all the names and sponsors, the "normal movie poster" stuff, at the bottom.

They have had a media screening in Auckland of the whole thing and they have been getting great feedback and that it will have a greater audience than just the fans, so make sure you take along all your family and friends to it, when it comes out in May as part of NZ Music Month.

The documentary is being produced by Rubber Monkey in Wellington. The crew consists of: